Abusers often do as much damage through their psychic presence as anything else. They also usually inflict as much suffering indirectly, sitting back one or two connections removed from the site of harm, as they inflict directly.

Directly abusive actions and speech cause a lot of harm, too, but are simpler to deal with. As abusers grow older, they become more cloaked and sneaky. For those that don't know them well their abuse becomes less obvious and less visible. For those that do, chances are they will, at best, be conditioned to accept the abusive behaviour as normal. At worse, they will be active conspirators and participants in the abuse.

Harms caused by indirect and dishonest forms of abuse, or by the psychic presence of abusers, can be massive. Among the greatest of them is a general and profound loss of trust in humanity and the goodness of people in general.

This can happen after having known one or two really bad seeds, who are comfortable with evil, know what they can get away with, and are committed to using this knowledge to make their way through the world. Not the obvious troublemakers, but the reptiles — moving through society in disguise.

Seeing individuals like this up close, and really getting a glimpse of their heart, can provoke a deep skepticism and distrust in people who seem good at first glance. This comes with all the damaging knock-on effects you might expect. It can set the expectation that new people you meet are likely to be predatory and abusive, even if they don’t seem like it.

This expectation doesn't match up to reality, of course — the majority of people do not have predatory or abusive natures, and when someone seems by all indications to be good, they usually are. Having one or two negative counter-examples from the extreme end of the scale, though, is enough to shake your foundational trust in a way that is hard to ignore.

This loss of trust is a secondary effect of abuse, and also amounts to the psychic presence of the abuser who caused the loss in trust. From it, other secondary harms are likely to spread like ripples in a pond.

Another harm inflicted by the psychic presence of abusers is through negative emotional energies like anger, hatred, aversion, and spite. It is easy to fixate on abusers with thoughts about their calculated, morally unconcerned natures, or their ability to escape consequence — or even to manipulate the opinions of others to have their abuse reframed as something other, or good.

This can cause hatred to take root and grow over time, in a way in which the connection between that hatred and the abuse or abuser might go unnoticed. Anger builds in the mind then seeks expression, and if abusers aren't around can be misdirected onto others. Anger like this, dangerous and undesirable, is a very real form of the psychic presence of abusers, since it comes from judgements and thoughts about them.

A third secondary harm relates to distraction. Being drawn into games with emotional abusers, who habitually misportray facts and manipulate opinions, burns up limited and precious energy and time. This can create grand distractions — for example, from the fact that you are a real person with actual flaws that need to be worked on. Constantly defending yourself from false representations can put you in such a defensive mindset you forget to acknowledge to yourself the real flaws you have and need to work on consistently over time.

Give abusers too much of your time and energy and you could end up becoming over-occupied with resolving their lies and untangling their manipulations, compromising your ability to forge your own path forwards in life.

In short, it’s important not to allow abusers to cause significant distractions in your life over long time periods.

All three of the forms of psychic presence and/or secondary harms discussed above can be very destructive. It is important to actively avoid them. Don't let abusers damage your trust in humanity itself. Don't fixate on abusers and allow negative emotional energies to build. Don't get caught up in games with abusers that create major, ongoing distractions in your life.

It is also worth noting that when dealing with abusive individuals with a manipulative nature, confrontations — though at times necessary — are unlikely to lead to positive resolutions. Peel back one lie and there will be another lie underneath, like peeling a bullshit onion. False admissions and grand-but-empty gestures tend to be the name of the game.

Often it is necessary to simply move on, and put abusers in the rear mirror. It is, however, crucial to dispel or destroy any lingering psychic presence, to save yourself from the harms mentioned above.

That rule has no exceptions.

Short poems and letters, straight to your inbox. 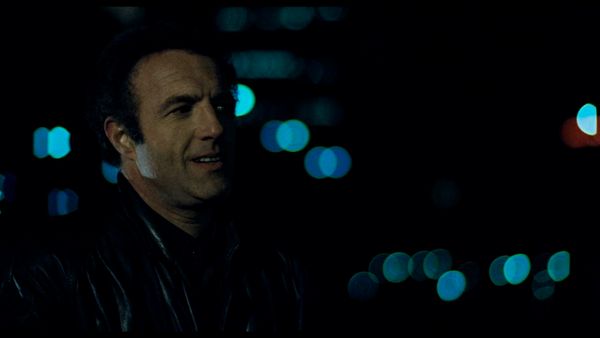 Helped by a great Caan performance, Mann gets enough things spot on, early in his career, to make a heist movie that feels exceptional.

A pair of haikus.