In buddhism, the second “noble truth” states that suffering is caused by attachment. Taken on its own, it is about recognising the truth of this, whether or not there is anything we can do about it (according to buddhist philosophy there is, but other noble truths handle that).

The idea is that simple. All suffering in life is due to attaching, or clinging, to things: to the self, and notions of our self, to other people, to physical possessions, to ideas. Whatever. It always causes suffering. Like a law of the universe for living things.

All “worldy things” are transient, so it goes, and when we attach to them we are in for a world of hurt. Just like if we formed an attachment to something in a dream, the same thing applies to attachments formed in waking life.

We think we can “have” things in real life, whether physical objects, aspects of people, or something more conceptual or emotional, and that we can safely attach to these things we have. The second noble truth says otherwise. All we can “have” is delusions, and all attaching will do is cause suffering.

It seems like a harsh, cold truth. It is — at least, when you are attached to the idea of attaching.

To get a bit Lynchian: we live inside a dream. When we attach, it becomes more like a nightmare.

I have been meditating for years, and quite often I will run through the four noble truths in my head to give me focus. Not as a strict rule — much of the time I meditate with a more scientific or biological outlook, as a form of mind maintenance, without focusing on any specific buddhist ideas.

By this point, though, I have thought about the second noble truth enough times, in enough contexts, to be pretty damn sure it is right. I always find some kind of attachment behind my pain: any kind, any day, big or small.

Occasionally I think I’ve found the exception. Something that has been fucking me up for a spell, whether in a minor sense or raining down hell, but also that has nothing to do with attachment. “Finally,” I think. Damn rule has been disproven, and I can go back to my former, more comforting way of thinking. Cling onto it like a warm blanket (attachment!).

It never takes more than thirty seconds before I realise… yeah, there actually is, definitely, something I am attached to behind the pain. Maybe something I am loath to let go of, but it is there. And so am I, foolishly attached.

These days I am pretty much on board with the second noble truth. It has proven itself true too many times. Thousands of validations from the past. And when I find something contradictory, it turns out to be untrue when I properly examine it. I still intellectually challenge the idea, but I am bemusedly aware of its sturdiness. It does appear to be something of a "law of the universe."

To avoid unnecessary suffering, best not to get attached in the first place. Prevention over cure. To stay cool and keep an emotional distance, and take a mindset that might feel, to someone who is naturally warm-hearted, trusting, emotional, or sympathetic, cold as ice.

Problem is, a life completely free of attachments is insanely difficult — however true the noble truth might be. I am not sure it is even possible.

When it comes to love, in the sense of the word that you (might be lucky enough to) feel only once or twice in a lifetime (and probably never three times), it is a ludicrously uphill battle not to form deep attachments.

Even if you can win the battle most of the time, attachment can creep in while you're basking in the warmth of its light, or in moments where you feel star struck. Or it can rush into your heart in a single word or moment, like a wave that suddenly rises to twenty times the size of the one in front. It can just feel like a bigger force than you as a being.

Attachment can also form in moments when we are low, feeling isolated, or starved of the presence of love.

This is probably why the idea is to meditate daily. Keep checking yourself, or you will end up somewhere you didn’t mean to be. Hopelessly attached.

When you lose someone you love in this sense, you are put face to face with the attachment. Now you must destroy the attachment, since it can only do harm after you no longer have the presence of the person in your life. Which I guess happens to every person in love, sooner or later, unless two people in love die simultaneously, or so close in time to one another that it's not a first concern. Edge cases.

Best to think about the attachments you are forming in advance, before this happens, or while it is happening. And destroy them. You don’t need them in the first place.

I have reached a point in my life where I am determined never to form this kind of attachment again. I want to live in a way that helps others, yes, and to have connections with others, and to act compassionately towards people that deserve compassion. But without emotion. Simply to act, in a state of emotional neutrality. Empathy from a purely rational position.

To act in a moral way, but never to be “nice.” Nice makes you vulnerable. It brings out the worst in some people — if not many, enough to do real harm. “Kind” might leave more wiggle room.

And not the type of empathy that makes you experience pain when the other person is in pain. That is, I think, a big part of what creates the kind of attachment that is intensely painful to destroy later on. Like cutting off a limb you never realised you had but is suddenly blocking you from leaving the house, eating, sleeping, working.

Who really knows about these things? It comes down to a judgement call, based on individual experience. That is the only place each of us can explore them from.

True love could be the one exception when it comes to attachment. If two people are truly in love with each other, forming attachments could be a “price of suffering” that comes with it. Something the universe bundles with it, to balance out the omni-enhancing light that is also in the box (a YouTube unboxing video I would be curious to see).

Maybe that is the only “healthy” attachment that can ever be made, or should be made. And even then, you would only want to allow yourself to attach to the person you are in love with as much as they attach to you. Slowly, cautiously, over time. Making sure, each step of the way, the attachment is completely reciprocal. Never one before the other.

Still, I am highly skeptical it is a wise move. The older I get, the more foolish it sounds.

From where I stand, I tend to think the healthiest and truest form of love rejects emotional attachment, completely. No extra turmoil on top of life’s natural woes. No clinging. No bullshit. Just working on things like psychological understanding, radical honesty, respect. Rational things.

People in love who discourage, and actively help prevent, forming attachments to one another. That has become my notion of something close to “perfect love.”

The most powerful emotions in orbit around the concept of “romance” could be channeled into art, instead. Art could be the one and only true romantic love in your life. A cathartic outlet, and the only area where you emotionally attach. And once each piece is finished, the attachment to it can be destroyed, and start again. Onto the next piece, an endless cycle, artist to art, within predictable parameters, producing predictable results.

Art can live indefinitely. Art stays the same. Art will be there for you.

People? Love, help, empathise, and carefully trust (where proven)… but for my two cents, and with the Buddha in my corner, do not attach. 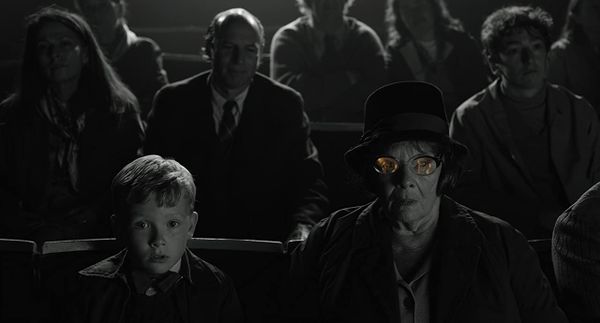